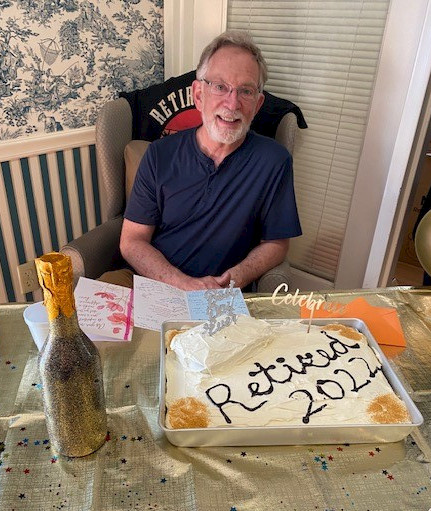 EAST WINDSOR (March 30, 2021) – On March 18, 2022 the team at Touchpoints at Chestnut held a surprise party for Andy Casassa, upon his retirement after 38 years of distinguished service at iCare Health Network.

According to iCare Vice President of Operation Jaime Faucher, Andy had numerous deficiency-free surveys at Touchpoints at Bloomfield during his tenure there.  According to Jaime, “What I will always remember about Andy was that if I saw a problem in a care center that needed to be fixed, before I had the chance to tell Andy about the problem he was already in the middle of fixing it or it was already completed.”

Upon retirement, Andy’s first goal is to finish his adventure of hiking the Appalachian Trail.  Good luck with your adventures, Andy, and thank you for your service.