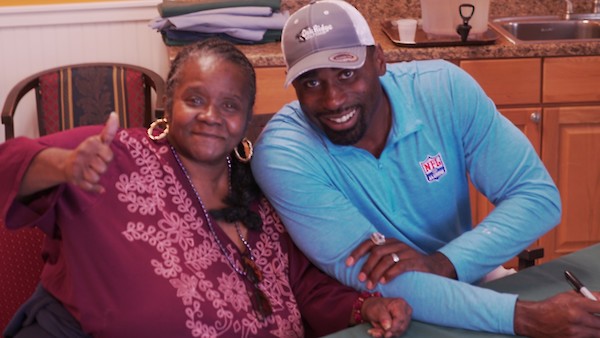 Each resident who participated in the draft will be able to track the progress of their fantasy team during their stay and throughout the NFL regular season. The resident with the most points at the end of the season will win an NFL gift basket.

Before the draft began, Trinity Hill had a special guest join them for the pregame celebration; former New England Patriot, and New Britain native, Tebucky Jones! Both resident and staff alike lined up to get an autograph with the former Safety, and have their pictures taken with the super bowl champ.

Mr. Jones reminded those gathered to “never give up on your dreams, and that anything is possible through hard work and dedication. It was truly and exciting day at Trinity Hill. Thank you Mr. Tebucky Jones!