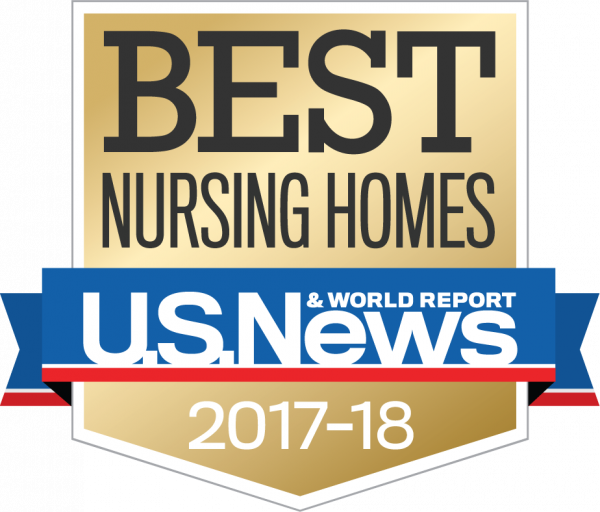 EAST WINDSOR – On October 31, 2017 Fresh River Healthcare in East Windsor, CT was named a 2017-18 Best Nursing Home by US News and World Report. According to editorial staff at US News, 15,000 homes were evaluated and just over 2,000 earned the designation of a Best Nursing Home. A PDF file of this press release can be found here…

Fresh River is Five Star rated by the Centers for Medicare and Medicaid Services and in a January 2017 article Fresh River was also identified by the Connecticut Health Investigation Team as having the lowest hospital readmission rate in the State of Connecticut.

“Being named a Best Nursing Home is a true mark of distinction and validates all of the work the team here has put in to excellence in care, services and programming. Our outcomes and patient experiences are beginning to speak for themselves,” said Jim Christofori, Administrator at Fresh River Healthcare.

Facility leadership was notified of the honor in mid-October. According to U.S. News officials, each facility was assigned a rating ranging from 1.0 to 5.0, using their own analysis of data posted by the federal Centers for Medicare & Medicaid Services. Fresh River earned a rating of 5.  Only 15% of the facilities that U.S. News rated achieved “Top Performing” status by earning a rating of at least 4.5.

US News’ Best Nursing Homes rating process has several enhancements designed to make the ratings more meaningful including evaluating a nursing home’s performance over time by averaging the CMS star ratings over a 12-month period, plus greater emphasis on medical quality measures and on providing rehabilitation services.