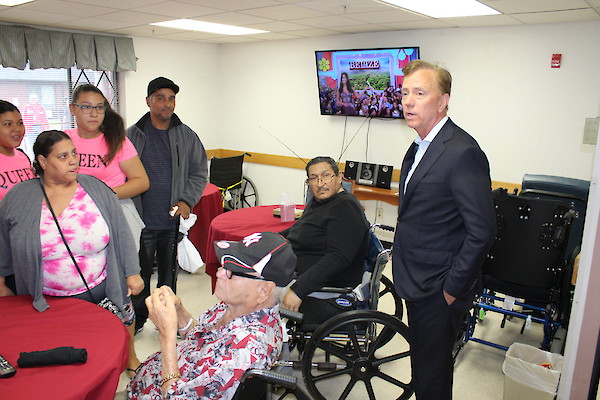 HARTFORD (May 30, 2019) – On May 28, 2019 Parkville Care Center hosted Governor Ned Lamont for the signing of a minimum wage bill. The Governor took a brief walking tour and chatted with the front line staff and leadership.

The Governor also took the time to chat with residents and staff and held a brief press conference by the main entrance before heading off to his next engagement.