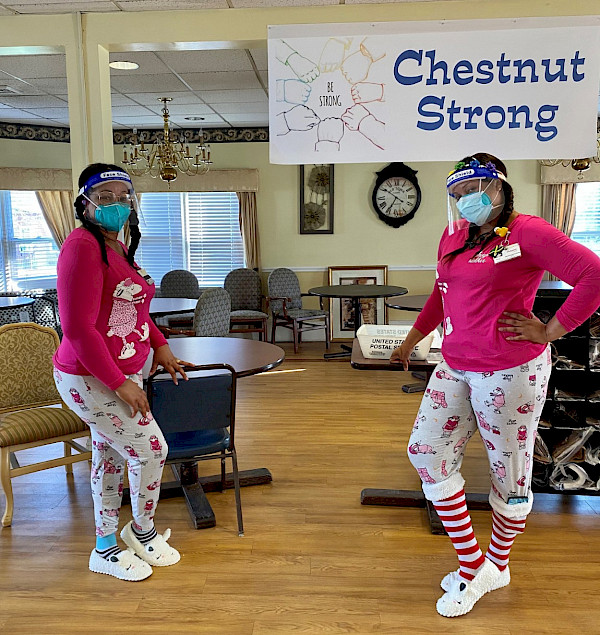 EAST WINDSOR (December 11, 2020) – The team at Touchpoints at Chestnut continues the daily work to combat COVID and is preparing to facilitate delivery of the COVID vaccine. However, it is still important to support worthwhile programs, build morale and promote normalcy. So on December 11, the team wore pajamas to work to show support and raise money for Connecticut Children’s Medical Center.

According to CCMC’s Foundation website, PJ Day for the Kids kicks off its 10th anniversary with a mission to not only raise money, but to honor the brave kids fighting cancer at Connecticut Children’s.

Since 2011, thousands of children in Connecticut have worn their PJs to school and, simultaneously, have raised more than $1,000,000 in support of kids at Connecticut Children’s. Each year, PJ Day has inspired more and more schools and businesses across the state of Connecticut to participate.