iCare at the ACHCA Annual Meeting and Hall of Fame Induction - Connecticut Chapter, 2018 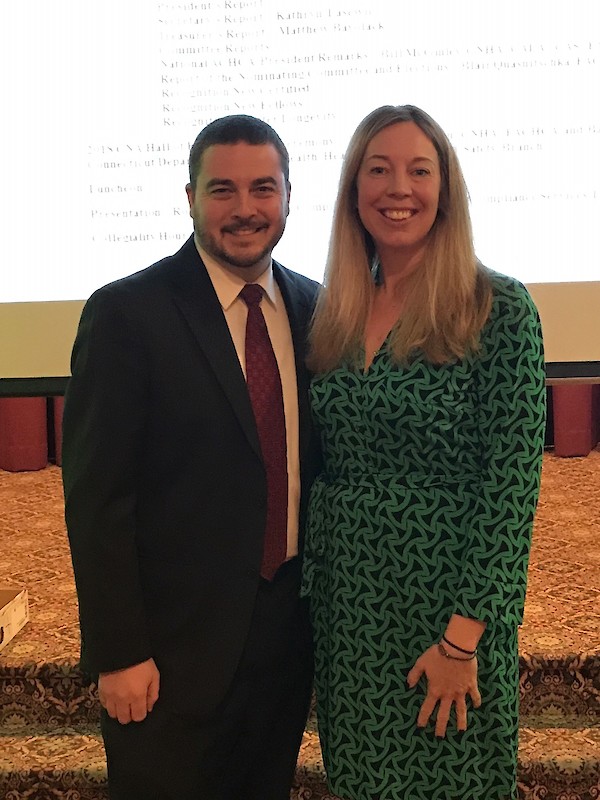 Jessica was elected the organization’s Vice President of the Board of Directors and Patrick was elected a Director for the 2018-2020 term.

Also of note, 60 West Certified Nursing Assistant Otis Harris was inducted into the CNA Hall of Fame; a distinction unique to ACHCA. COngratulations to Mr. Harris on this achievement.

Included in the photos is Jessica DeRing networking with Bill McGinley, CNHA, CALA, CAS, FACHCA and newly appointed President and Chief Executive Officer of the American College of Health Care Administrators who shared his vision for the college. The College bills itself as, “Promoting Excellence in Long-term Care Leadership.”