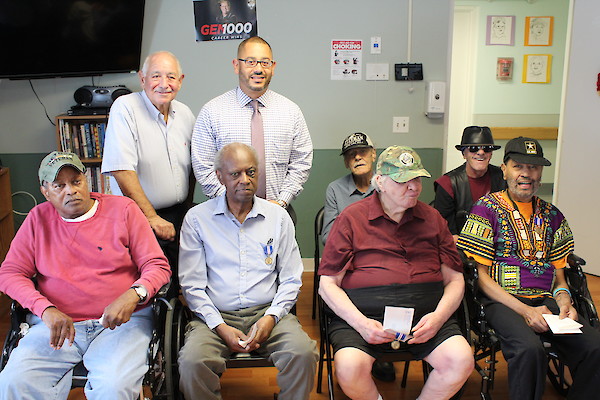 (MANCHESTER) Three veterans of the Vietnam War were given the Connecticut Veterans Wartime Service Medal on Tuesday at a ceremony at Touchpoints at Manchester.

Cornelius Evans, Renaldo Victoria Jr. and Edward Delane Jr. were originally meant to get the medals at a June 8 event honoring veterans, but the medals had not arrived in time. Instead, they were able to celebrate Tuesday with other veterans as well as family and friends.

State Sen. Steve Cassano and state Rep. Jason Rojas, both Democrats, spoke at the event. Cassano said awarding medals is always one of the best moments in his time as a senator, while Rojas called the event a “pride point.”

“On the behalf of my colleagues in the House of Representatives … thank you for your service,” Rojas said to veterans gathered Tuesday. “It’s certainly a proud moment to be here and recognize you as well.”